Visitors to Oak Hammock Marsh in Manitoba, Canada, have been on the lookout for the earliest spring migrants moving north through Manitoba. Since 1994, people have taken part in a fun contest to guess when the first Canada Goose will return to the marsh each year. Much like the groundhog’s shadow, the first goose sighting in Manitoba is considered the true start to the spring season. This year, an intrepid goose was spotted at the marsh on February 21st, marking a very early arrival date compared to other years. In the 23 years that records have been kept, only one other arrived in the month of February, with the vast majority showing up in mid-March.

Jacques Bourgeois, from the Oak Hammock Marsh Interpretive Center, states “The weather has been rather cold since (February 21st) and not too many species, including those first geese, have been seen yet”. Maybe those geese had their arrival dates mixed up, or maybe they caught a really strong tailwind…..either way, it sounds like the the spring season in Manitoba has been put on hold until further notice!

Oak Hammock Marsh is one of the migratory stopover sites highlighted for this year’s International Migratory Bird Day Conservation theme “Helping Birds Along the Way”. Connect with sites throughout the Western Hemisphere and share on social media as birds migrate through your area. Tag your stopover site photos, videos, or stories with #IMBD, #BIRDDAY, @Environment for the Americas, and @EFTA_birdday. Get out there, get birding, and share what you see! For more information on joining International Migratory Bird Day, visit migratorybirdday.org. 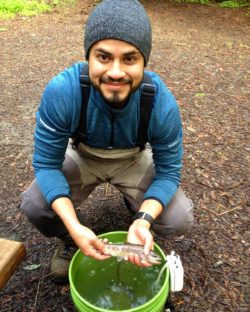 Life After an EFTA Internship 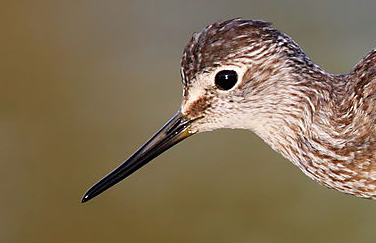